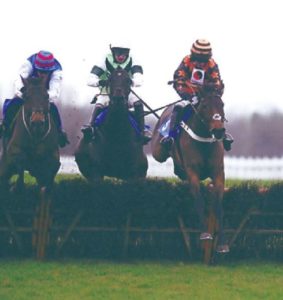 Bath based connector manufacturer Polamco is a long standing Nakamura user and it’s fair to say the ETG supplied machines have significantly contributed to the success of the firm over the years.So much so that Polamco owner and founder Andrew Poulson has invested in a race horse called – you’ve guessed – Polamco and the trusty 6 year old trained by Harry Fry has clocked up a good number of wins in its career including a notable first just before Christmas in The Hague Print ‘National Hunt’ novices handicap hurdle race at Wincanton. Well done to Polamco, owner Andrew and not forgetting the (front running) Nakamura’s!