Leading independent machine tool and support services provider the Engineering Technology Group has expanded its Midland based operations with the opening of a new Operations Centre in Wellesbourne, close to its Southam, Warwickshire headquarters.

The 17,500 sq.ft facility is ETG’s fourth operational base adding to its centre’s in Southam, Coventry and Newbridge, Co.Kildare in Ireland.

The new premises will be home for ETG’s Operations Division with the move of the organisation’s extensive pre delivery inspection (PDI) and turnkey machine preparation activities along with the spares and stores operations to the new centre.

Under a new structure, Southam will remain ETG’s headquarters and Capital Equipment business area while also becoming the home of the ‘Permanent Trade Show‘ exhibition and demonstration facility.  Wellesbourne is the ETG Operations base, Coventry is now the dedicated ETG Workholding centre (including all Hyfore operations) and ETG Ireland is a business area in itself from its premises in Newbridge, Co. Kildare.

“The move to Wellesbourne will give ETG much needed new machine reception space and a bespoke area where PDI work can be undertaken as well as the turnkey operations and fitting of machine accessories (such as bar feeds),” explains Operations Director Robin Mitchell.

Also moving into Wellesbourne are the machine spares operations including the Kardex vertical lift stores. In total some 20 personnel will be re-located into the premises which has a reception and two storey office area.

“ETG’s growth and success in the past two years has seen a significant increase in machines arriving from our partners’ manufacturing facilities around the world,” explains Robin Mitchell.

“Some need custom optional equipment installing on them which we can undertake faster and much more cost effectively here in the UK rather than waiting for a ‘special’ to arrive from the factory. In addition, we have assembled a team who are dedicated to machine PDI work and this significantly reduces the delivery times and proving out process after installation.  In effect, it is as near ‘plug and go’ as possible,” he adds.

The PDI team are moving from Coventry and Southam from where they have been splitting their activities before being amalgamated under one roof.

“We have proved that undertaking PDI’s and pre-delivery engineering work produces reduced lead times and greatly simplified installations,” adds Robin Mitchell.  “This results in a satisfied customer who is cutting metal very soon after the machine delivery which is in everyone’s interests,” he adds.

Before moving in ETG extensively customised the Wellesbourne premises, upgrading the electrics and lighting and installed a new compressed air supply and heating system.  There is also a high speed communications link (‘phone and broadband) with the Southam HQ.

The premises are located with close proximity to major access routes including the M40. M5 and M42. 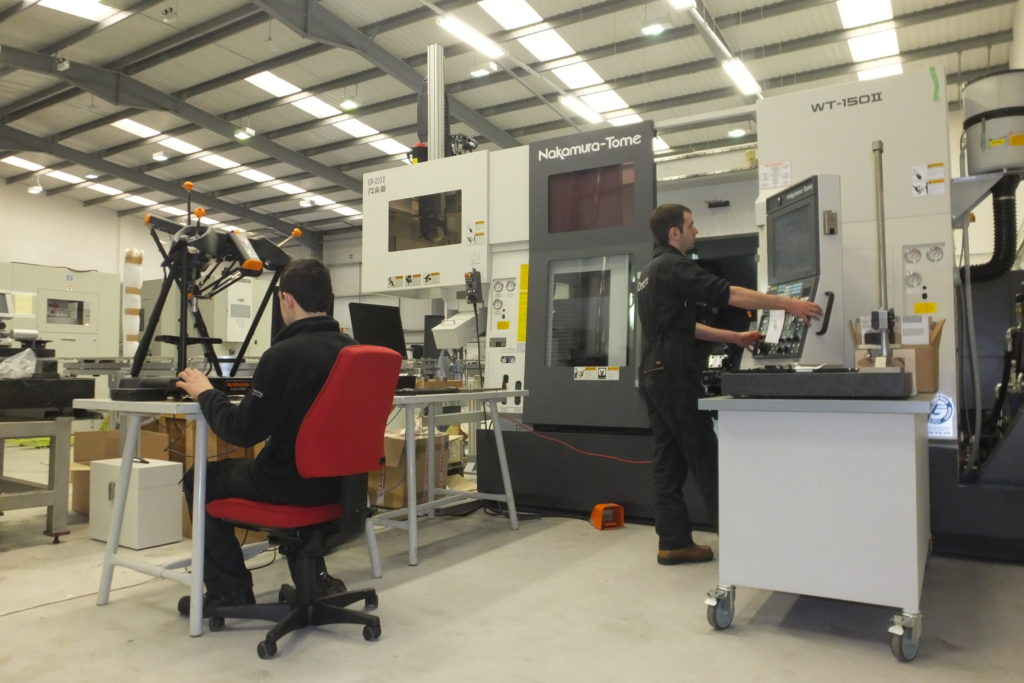