Engineering Technology Group (ETG) reinforced its commitment to supporting manufacturers of the future by backing the annual In-Comm Training Awards for the third-year running.

The company, a leading supplier of machine tools to the sub-contact and OEM sector, was the headline sponsor of the event, which attracted more than 350 people to celebrate the best of vocational learning in the West Midlands.

A budding engineer from Birmingham secured the main prize this year after helping his firm secure a game-changing contract. 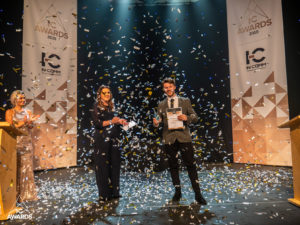 Adam Burgoyne, who is a New Product Engineer at metal pressings and stamping specialist Brandauer, was named as the ‘Outstanding Apprentice of the Year’ after earlier picking up the title of ‘Learner of the Year for Engineering & Manufacturing Technologies’.

The double-haul marks the 21-year-old’s impressive development and his role in helping to identify the measurement equipment required to secure the company’s first-ever pharma contract for the Middle East – a project that could be worth in excess of £1m annually.

He was joined on stage by his colleague James Arnold, who impressed judges with his maturity and determination to drive sales at sister business CB Cable Clips to take the ‘Learner of the Year – Business Support Award’.

The Wolverhampton-based firm, which also has facilities in Northampton and Darlington, currently employs 20 apprentices – making up 5% of its permanent workforce.

It works tirelessly to promote vocational learning in schools and has introduced a new Senior Manager apprenticeship programme to help it highlight the career progression available for people joining the business.

Chloe Reeve, Technical Co-ordinator at ETG and former apprentice, was one of the judges for this year’s competition.

“I’m very passionate about the importance of vocational learning and ensuring more young people see it as a credible alternative to going to University, giving them the same career progression and opportunity to study towards a degree. 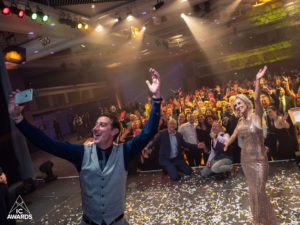 “The quality of entries just keeps getting better and better and the winners, highly commended and nominees are exactly the type of ambassadors we need to put apprentices on the map through tales of boosting sales, introducing money-saving processes and, importantly, acting as role models for the next generation.”

She concluded: “It can be hard to find the right fit when you are first starting out in engineering. However, getting to know each department – as you would in an apprenticeship – provides that extra bit of information and experience. It also gives you a feel of real life and the potential for your future development.

“I’ve seen firsthand what a difference a supportive employer can make in my own personal development and I’m now working in a number of Technical Academies we’ve established to help training the CNC machinists and maintenance operators of the future.”

Other winners at the In-Comm Awards 2019 included:

Over 350 people attended the In-Comm Training Awards, held for the second time at the ICC in Birmingham.

Guests were given an insight into the latest developments at In-Comm Training, before being entertained by West Midlands historian Professor Carl Chinn.