ETG announced as the main sponsor for In-Comm Awards

One of the West Midlands’ largest Apprenticeship awards programmes has received major backing this week, with news that the Engineering Techn 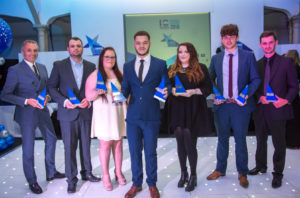 ology Group (ETG) has agreed to be the main sponsor.

The In-Comm Awards recognise the achievements and inspirational stories of learners, employers and their trainers, helping put vocational learning on the map as a great way of developing the workforce of tomorrow.

2017 promises to be the biggest competition to date and this will be made possible by the support of Warwickshire-based ETG Group.

The UK’s leading independent machine tools and allied equipment supplier is hugely passionate about developing the skills of young people and is looking to build on its recent pledge of ‘funding one apprentice for every machine it sells’ this
year.

“It’s too easy to moan about the skills shortage and blame the UK Government for the lack of workers coming through the system,” explained Martin Doyle, Managing Director of the Engineering Technology Group.

“We prefer to take a more proactive approach, looking at ways in which we can help to boost the pipeline of future engineers. Promoting apprenticeships and telling young people about the opportunities and exciting careers they provide is one part of the mix.

“That’s why we were 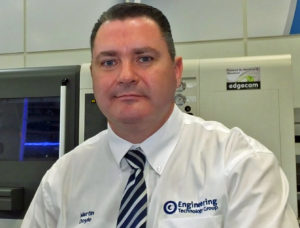 so keen to get behind the In-Comm Training Awards and delighted to be named as Main Sponsor for 2017.”

He continued: “It’s not just financial support either. We’re going to be working closely with the organisers to make sure we get the message out even further and are offering best practice visits to our demonstration facilities for the winners.”

Now in its sixth year, the In-Comm Training Awards is now open for entries across its ten categories, covering engineering, manufacturing and professional services.

Companies have until March 24th to submit their nominations and these will then be assessed by our judging panel, featuring fellow sponsors Neil Lloyd (FBC Manby Bowdler) and RBS’ David Robinson 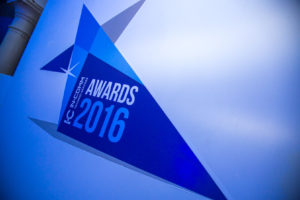 The high profile Awards Evening takes place on May 19th at the Grand Station in Wolverhampton, with other sponsorship packages now available.

Gareth Jones, Managing Director of In-Comm, concluded: “It’s great news to have Engineering Technology Group on board as the main
sponsor as there are lots of synergies between the two organisations and a shared passion for celebrating apprentices and their achievements.

“We are working increasingly close with ETG on a number of exciting ventures designed to boost skills and productivity in UK manufacturing.”

For further information, please email tracyb@in-comm.co.uk. More details on the Engineering Technology Group at www.engtechgroup.com or follow @engtechgroup on twitter.